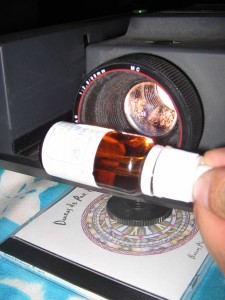 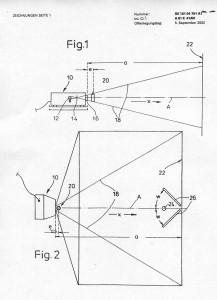 Procedure and order for the transmission of an essence to an organism.

Essences contain the typical living energy vibrations or the power of a plant, a mineral or of an animal, the base of the matter. Essences have got a harmonizing effect, they rebalance energetically, what is in imbalance or in disharmony. Like this the bachflower-essences-therapies for human beings, plants and animals, developed in the first half of the last century has taken a considerable upswing, for the balance of body, mind and souls. These essences are described in detail in the book
„Essences of the New Generation“.

Essences are vibration preparations. The effect of the essences reaches the human organism in a subtle way, i. e. on the vibration level. The quantity of vibration waves per second is indicated in frequencies. On each of these frequencies certain information can be modulated on. Radio waves for example work on the same principle, sending and receiving music and language over certain frequency ranges. Essences have got the similar function, whereas they are on that way also able to rebalance disharmonizing information.

Essences can be taken in or can be used externally. During the inventive procedure for the transmission of an essence to an organism a colored Kirlian-shot/photo of the essence is produced and a copy of it is transmitted through the essence by means of penetrating light waves. The „Kirlian“ photography is a high-tension photography on black/white or colour-photo-material, named by its Russian discoverer S. Kirlian.

By means of this method the bioelectrial aura of human beings, plants or essence drops can be made visible. It is also used in the diagnosis. The Kirlian-photography of a drop of an essence represents the specific energetic „finger print“ of the corresponding essence.

In this procedure the Kirlian-photography is always used together with the corresponding essence. For example the Bachflower essence Agrimony is assigned to an Agrimony-Kirlian-diaslide.

In the frame of the described method vibration information is transmitted through the described light-and colour-vibration transmission, like they are contained in the essences – flower, gem-, mushroom-essences. The transmission is based on the mutual use of light, an essence as well as the corresponding Kirlian-photography of this essence.

The essence chosen for a certain problem meets with their information on the frequency of human being and has a re-balancing effect on this level. As-to-say the essence vibrations fill the „gaps“ in the frequency of the human being. The damaged energetic structures are again in harmony and re-vibrate healthily. As of this moment the energetic healing impulse can have a positive effect on the physical levels.

The Kirlian-photography mentioned can return the invisible vibrations of an essence-drop to a visible energy field. This process can be compared with the micro-photography – where a certain colour- and energy structure is made visible, for ex. of vitamines. Through the light-colour-vibration transmission the transmission of energy over the light- and colourintaking eye as well as over the skin as intaking organ can take place.

For the execution of this procedure for the transmission of an essence to an organism a transparent container (essence bottle) filled with the essence is placed in the projecting ray of a light source as well a transparent Kirlian-photography of this essence between the bottle and the light source. The transparent bottle shall be placed in front of the lens, forming a cone of the diaprojector, in the diaprojector there is the Kirlian-photography. In the ray cone a projector screen can be prevued or a reflexion area in front of which the person stands.

The effect can even be increased by placing one or two mirrors in the angle of 45 degrees behind the person, in order to give ray to the body half that is turned away from the light source.

During the treatment tones or pieces of music as well as natural sounds can be played with a Record player. The tones can even strengthen the effect of the vibration transmission. You also can do group therapy, single therapy. Treating adults, children, animals, creams and foods. 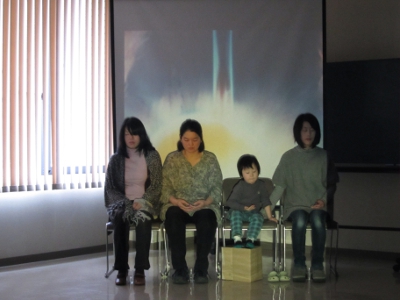 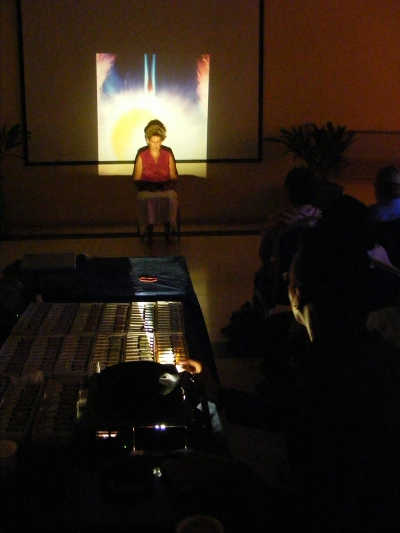 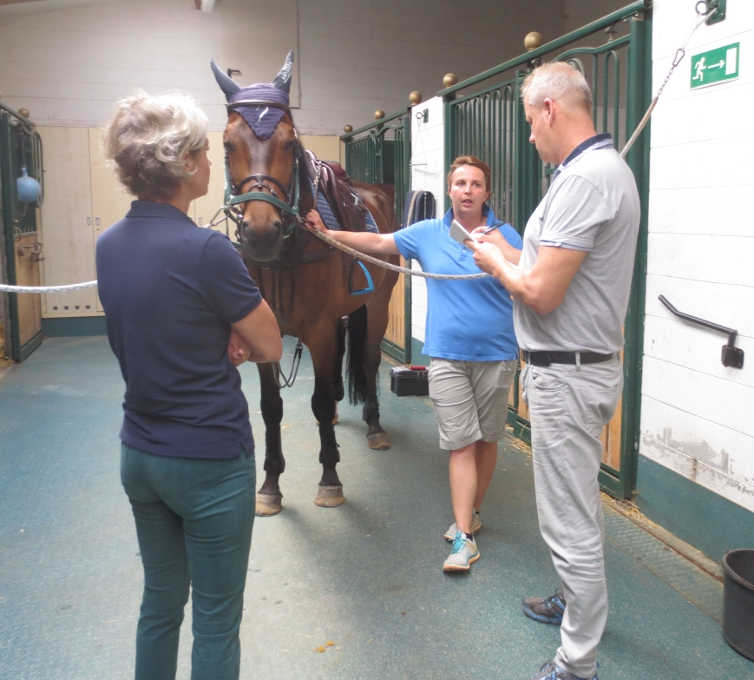 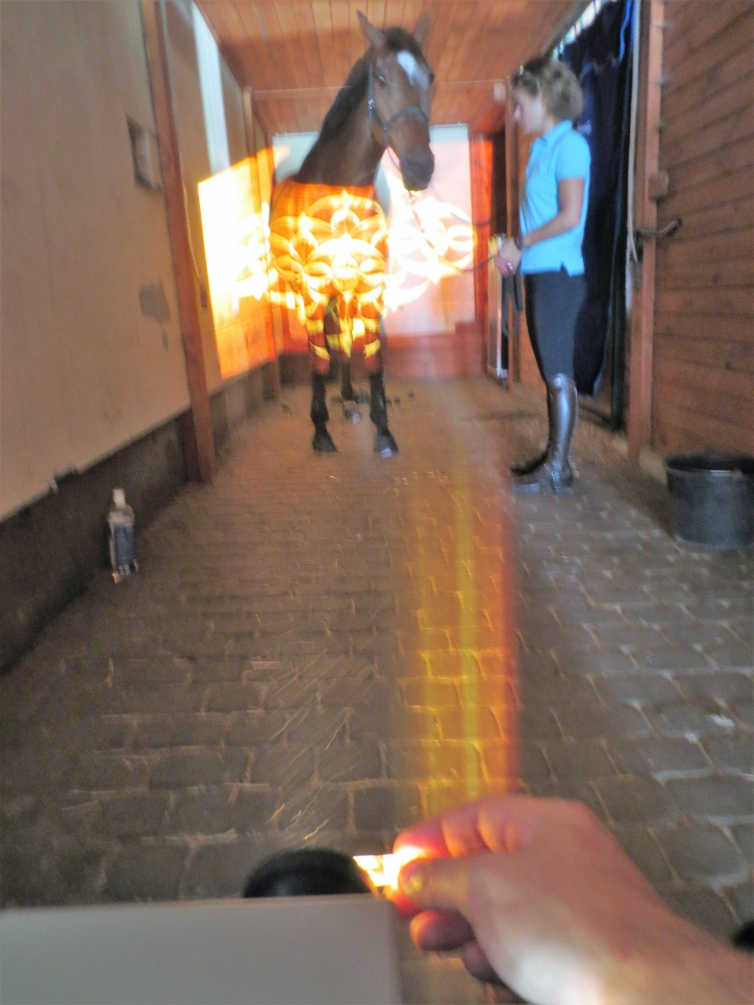 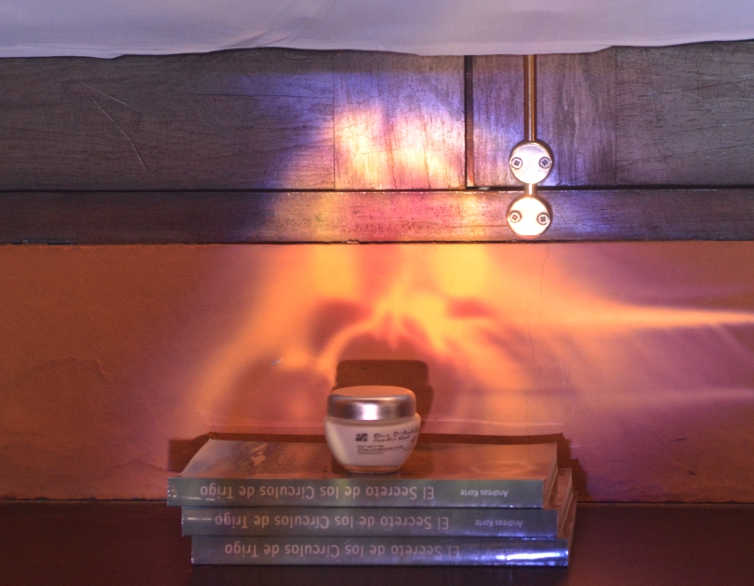 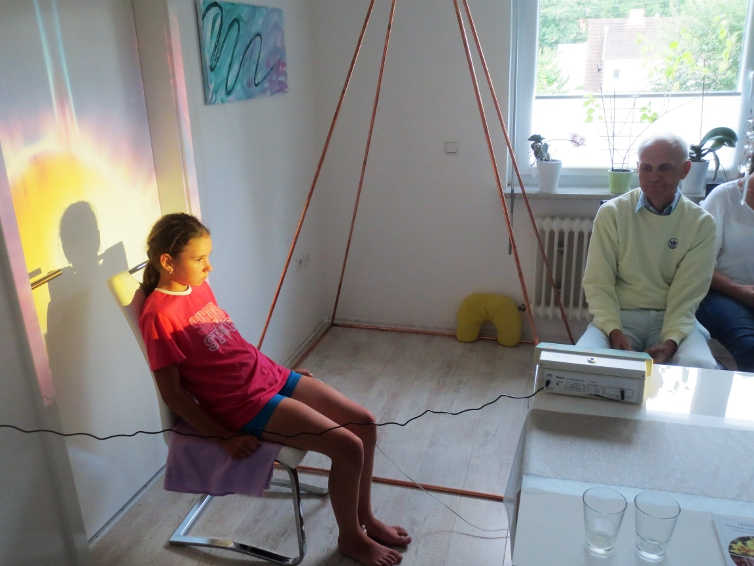 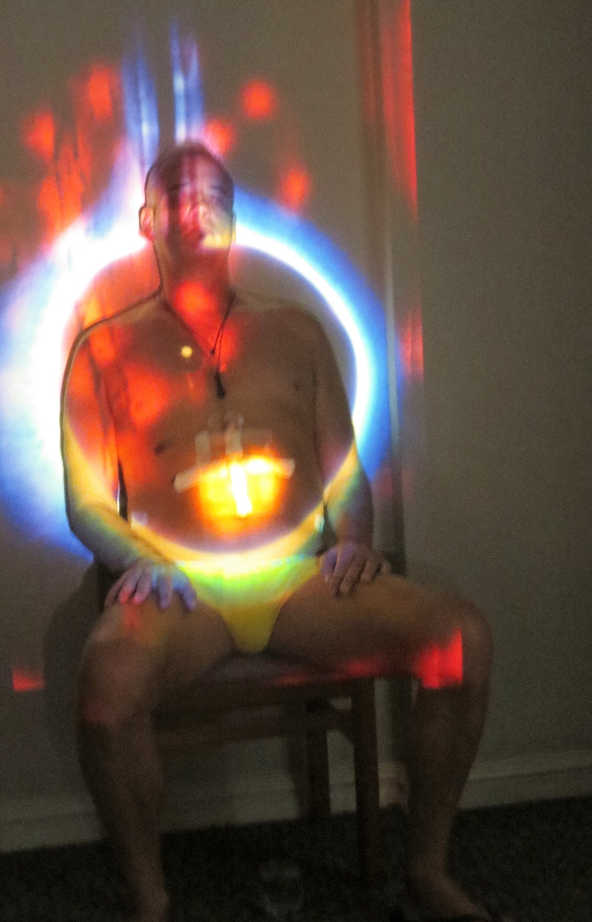 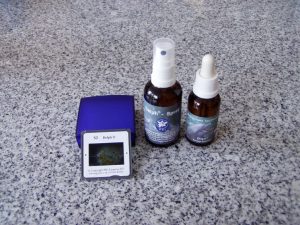 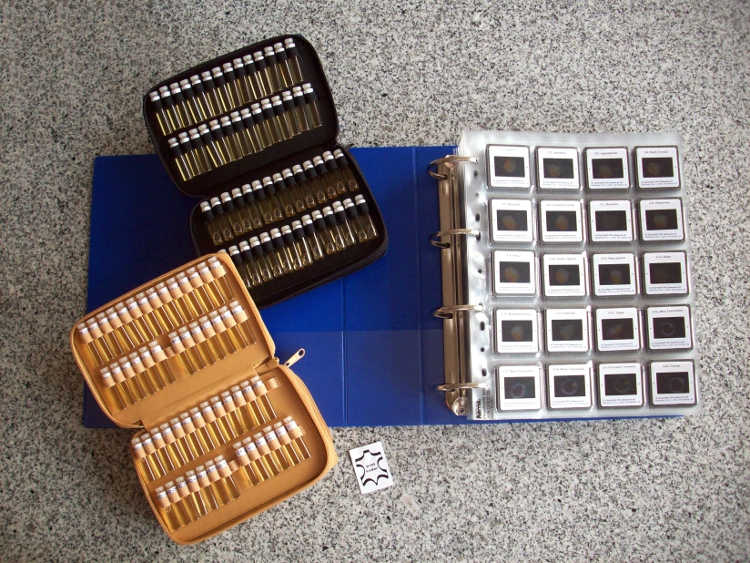 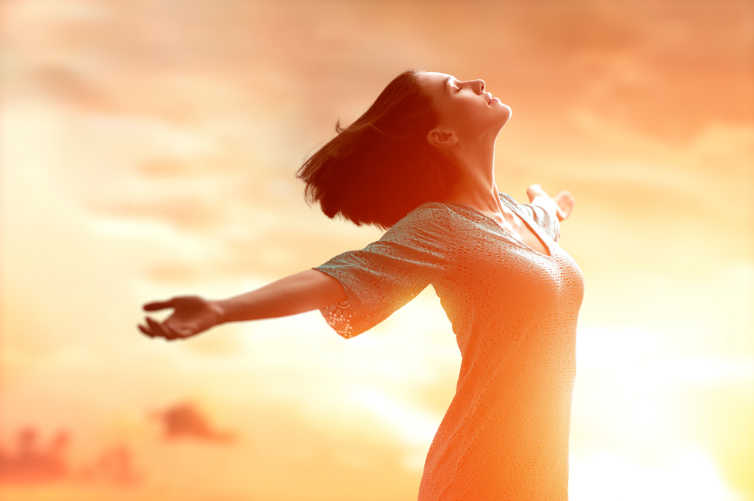